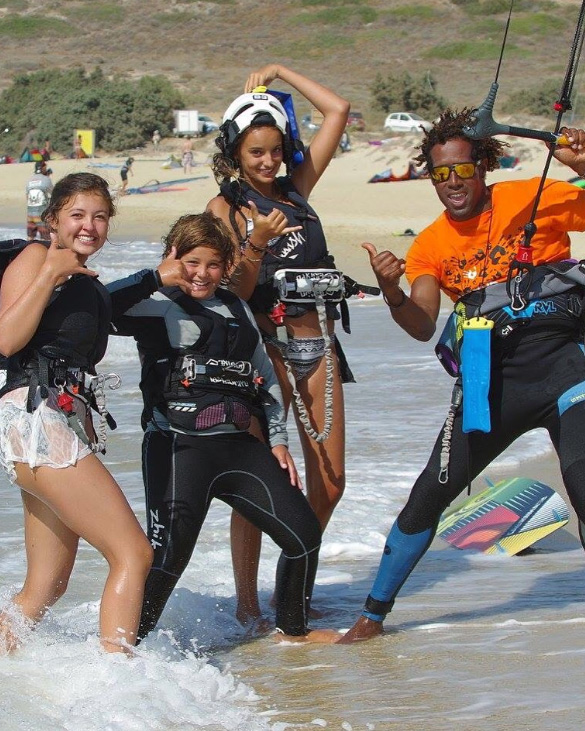 100 Piedi Kite School, Lda was born in December 2013, but the official opening took place in Santa Maria on the 8th November 2014 with the inauguration of the boutique school in Amilcar Cabral street, next to Relax Restaurant. Kitesurfing is a sailing sport, an evolution or a variant of surfing that consists of being towed by a kite that uses wind as a propeller. There are various disciplines and different styles (like Freestyle or Wavestyle) ... come and try them with us! 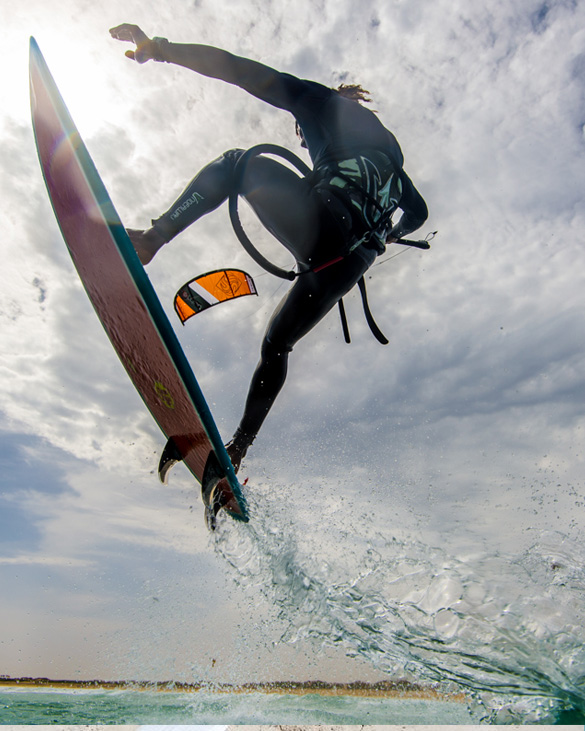 Elvis Nunes started windsurfing at the age of 14, he reached a very high level in 2006, but then decided to go to the kitesurfing, because it's easier to learn and more fun. After working for a lot of schools in Sal (including Club mistral, surf zones and as a manager at the School of Mitu and Djo for 6 years) decided to try his way and plunge with his girlfriend in a new adventure: the 100 feet Kite School. 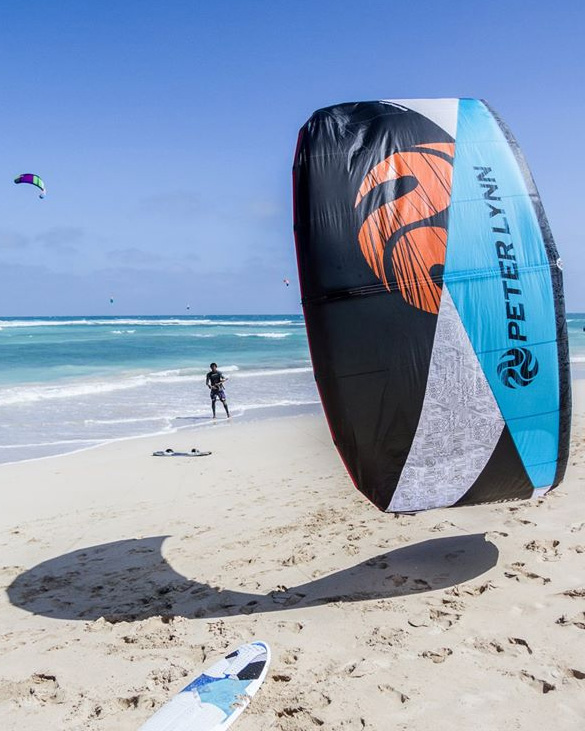 As a child Elvis had this nickname, all the friends of Santa Maria and Sal when they met him on the street call him (San pe) 100 pe in Criola language, our millipede, probably due to the thousands of tufts in his hair that remind many legs of the insect; from here comes the name of his school and the 100ft brand, which has become our identifying symbol.